Thomas Frank is the blogger, podcaster and YouTuber behind College Info Geek. As a college student himself, he realized that there was a serious lack of content around "how to be awesome at college." So he did something about it.

Since starting the CIG blog, Thomas has gone on to build a successful YouTube channel with over 200,000 subscribers and even self-published a 27,000 word book. Thomas's journey to self-employment and the achievements he's reached along the way are impressive for anyone, but especially so considering it all began in a dorm.

Tell us what you do in two sentences:

I run a site called College Info Geek, which helps students of all ages learn/work more effectively and be better prepared for whatever comes after formal education. With those goals in mind, my time is spent making YouTube videos, podcast episodes, and blog posts, as well as working on some bigger projects like a book and, eventually, in-depth courses.

You were in college when you started your blog - at what point did you realize that you might be able to skip the 9-5 altogether and make a living off of your online influence?

That happened about halfway through my senior year; at that point, I had been running CIG for about 2.5 years and had only recently started to make money from it. At that point, my goal was to pay off all my student loans before graduation, which I was able to accomplish shortly after through a combination of the site’s income as well as part-time jobs, internship savings, and scholarships.

What did you do next?

After paying off my debt, I realized that the site’s income, while not massive, was enough to sustain me and enable me to stay in my college’s town with my friends instead of moving away to look for a job. So that’s what I did; I kept living with friends, basically living the college lifestyle - except I spent all my time continuing to grow the site instead of going to class.

Beyond blogging, you also have a huge following on YouTube and produce weekly podcasts. How do you manage your time while juggling so many projects?

Coffee. Aside from that, though, recently I’ve been working on managing everything through Asana - and it’s honestly working really well. Until a couple of months ago I was still doing everything solo, and I had a crazy 3-tier task management system to keep everything organized. Now, though, my girlfriend Anna helps with design and my friend Martin is co-hosting the podcast with me in addition to doing lots of web development. Now that I have a team, Asana fits the bill much better.

What has been the best part of running your own business?

The best part is the feeling of having control of the work I do, and of knowing that work will remain beneficial - both to students and to me - for a long time after I do it. A lot of the jobs I did in college were maintenance-based; the hours I put in weren’t building anything that continued to provide much value over the long term. Now, when I create a video, it can teach someone something new today, tomorrow, or two years down the line, and it can potentially create customers at any of those points as well.

Not too long ago you wrote a book - how did you take the leap from online influencer to published author? What’s the ROI look like?

I actually tricked myself into writing 10 Steps to Earning Awesome Grades. Before I wrote it, I had tried to write a different book - but I always let perfectionism and the daunting nature of the task put me off of it. So eventually I scrapped it and decided I’d write a simple, 5,000-word (ish) guide on earning better grades, which would be a nice bonus for people who signed up to the site’s newsletter.

I wasn’t going to take any chances on failing, so I committed to writing 500 words a day and used Beeminder to bet money on my success. It worked… a little too well. My outline for the guide was pretty big, and each day I’d end up dumping 500 words into just one bullet item. When it was all said and done, I had 27,000 words - a full book.

I had already mentally committed to making it a free download, though, so that’s what I did. It was the best possible decision I could have made. Because it’s a full, high-quality book, it’s a lot more compelling than most free downloads - and students started signing up for it in droves.

Currently, it’s been downloaded over 80,000 times. Additionally, people started asking for a print version, so I put one on Amazon through Createspace and it currently brings in around $80 a month. Nothing crazy, but not bad for a book that’s free!

What advice do you have for other online influencers hoping to generate an income?

Gary Keller makes a good point in his book The Millionaire Real Estate Investor: you’re more likely to be a successful investor by using proven models. If you’re an influencer, that means you’ve already got an audience - so now go familiarize yourself with successful business models that work online. Then, figure out how you can leverage one (or more) to create something great for your audience, and do it in a unique way using your particular talents, voice, and unfair advantages.

Or go do something totally innovative that no one else has done before. But I can’t tell you how to do that ;)

You have collaborated with some really influential people like Pat Flynn, Steve Kamb, and Aja Frost! Who are your biggest inspirations & why?

I look up to a ton of people, but I’ll just mention a few here: My friend Satchell Drakes really pushed me to improve my video-creation skills, as did Casey Neistat. Pat Flynn was one of the first people who taught me you could run an internet business while being super-open and honest, and without using slimy sales tactics. Steve Kamb was probably the person who had the most to do with my decision to start writing long-form, in-depth articles, which really got things rolling. Jenny Blake’s work was really influential in helping me define my audience. There are a lot more at my thank-you page.

What is a common pitfall you see creatives trying to make money online fall into and how can they avoid it?

I think a lot of people underestimate just how many other people out there share the same niche interests, which can cause them to cast their net too widely when developing a product (or even when creating regular content). That can lead to the thing they’re offering being too general to be really compelling - it’s trying to be everything to everyone, so it can’t really pinpoint a need that a specific group of people have. When I’m creating something, I try to do a couple things: 1) I try to picture one person in my mind, and I direct what I’m creating based on what they’d want or need, and 2) I do my best to listen to what my audience is asking for.

Don’t be afraid to get ultra-specific. I never thought a video that compared note-taking systems to Street Fighter II characters would work, but now it’s got 300,000 views.

What are your plans for the future?

Hopefully moving to Boulder, CO next year, and making courses!

How to sell and market your online course on Medium

Teachable Payments: Our response to US sales tax and EU VAT 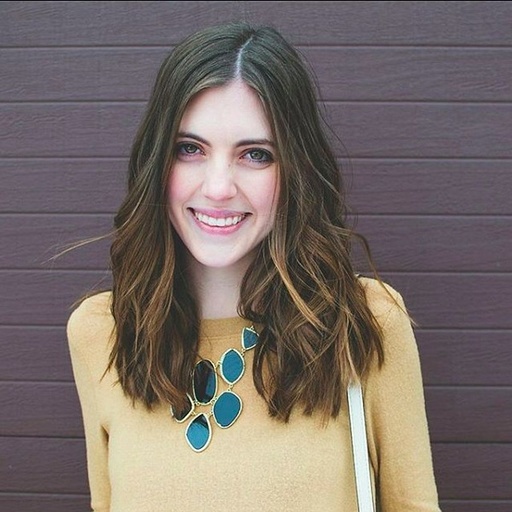 Morgan Timm is a content marketer at Teachable with a background in blogging and social media. She runs Mostly Morgan, a life and style blog that reaches an audience of 40,000 people monthly.